A Funny Thing Happened On My Way to Yellowknife

A funny thing happened on a flight to Yellowknife from Edmonton (much is the case whenever I board an airplane and sit next to someone I don’t know).

Soon after take-off, the lady sitting beside me to my left in the window seat started squirming and was anxious.

She asked the flight attendant for some Tylenol to reduce the pain she was having in her right knee. The flight attendant could not provide that for her so the lady turned to me and asked if I had any pain medication.  I did not have any to give her either.

Just then, a voice in my head boomed loud and directed me to do some energy healing on her.

I was mortified and completely flabbergasted to say the least and denied and suppressed it immediately.

Again, and again, the voice called me to go into action for this lady regardless of how the heck I was feeling. This became so uncomfortable for me, seeing as back then, I was not truly accepting of my natural gifts.

It became so uncomfortable that it made my skin crawl so finally, I reached into my purse, pulled out one of my business cards and turned to the lady and gave it to her with both my hands and said

“We have a lot of time on this flight. I do energy healing. Would you like me to do what I can to try help you”?

She took my card immediately and said a big resounding yes!

I began to quiet my mind and tune into her energetic blueprint to see where the blockages were and what feelings were behind it.

I spoke to her all the way through and let her know what I was feeling, seeing and getting a sense of.

Turns out this lady was a Nun who was stationed in a very Northern town called Tuktoyaktuk NT and was supporting the community at large  Her needs from the church and the needs of the community were not being met and she was feeling very unsupported.

As I worked through all of the issues to get to the root of the pain, within 10 mins it had all but disappeared.

She was amazed.  It was then she told me her story and it all made sense from what information I was getting while doing the session for her. She offered to pay me from a stipend from the church and I said that her testimonial would be more valuable to me, as I thought no one is ever going to believe this!

Back then, if I would have known she was a Nun, I would have prejudged her openness to what I had to offer and definitely would have allowed my skin to crawl and endured the agony of my Soul’s beckoning to help her.

It just goes to show you that no religion, belief or culture can ever get in the way of how connected we are.

You can never say or do the wrong thing to the right person either.

Since then, it has become quite common for me to have such experiences on airplanes and I always find it quite amusing to say the least.  I am so glad I decided to get out of my own way.

How about you?  Where do you doubt or shut yourself down when your soul calls to you and asks you to get into action? 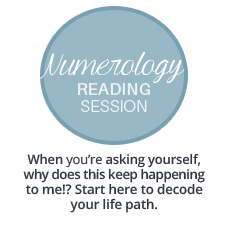